Bouldering in Japan.(My first time there) 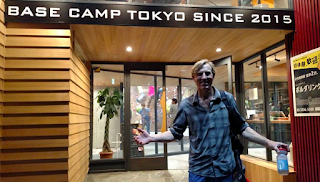 I was in Japan for work in May. I got to visit my old friend Yuji Hirayama! He now owns and operates a climbing and bouldering gym in Tokyo. Interestingly Tokyo hosts around 100 climbing gyms! I got to boulder with Yuji and some people at the gym before we jointly put on a show about the history of The Nose. And of course, the story of Yuji and my Nose Speed record ascent. 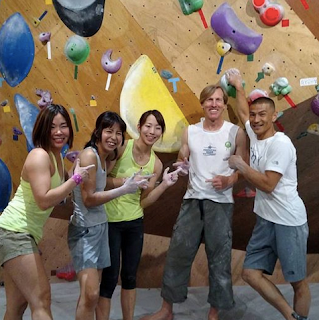 Wild that I ended up hopping on problems with Akiyo who is the multi-time world bouldering champion. Of course I showed her a thing or two, but that was just in the show. She definitely walked up any problem I was able to do. Although I found one reachy slab problem that I could do and Yuji took two trys on, I trailed behind him as far as I did Akiyo in completing the harder problems. All the same it was fun to play with these world class climbers.

For those bouldering geeks who want details about the gym ratings… They have their own color code system where they refer to the V scale on a key on the wall. Thus all green routes in the gym are about V6, all pink routes are V3, and all black routes are V9, etc..
Other things I noticed is that at Yuji’s bouldering gym 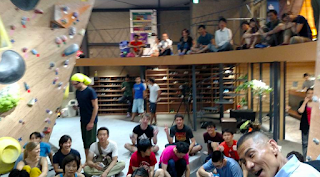 they tended to have more volumes per square foot then we do at US gyms. Perhaps the strangest thing about Yuji’s gym is that there was a 5 by 5 ft glass room for smoking! Here we are in a healthy exercise gym and they have a smoking room! (BTW I didn’t use it.) Yuji explained that if people went outside to smoke then it would show poorly to his neighbors. There was of course the customary removal of shoes past a certain threshold upon entering the gym. All this combined to make it that “other worldly flavor.” 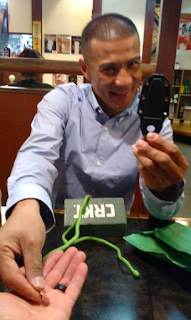 It always been the tradition that you bring gifts to your host and Yuji never let me down when he visited the US. I brought him a CRKT Hyphenate, because he already owned a NIAD. Of course there are other traditions about giving someone a knife... One does not give a knife with out receiving something in trade. Yuji gave me a penny for the Hyphenate. If you are ever in Tokyo look up Yuji’s gyms: Big one Small one

Also while in Tokyo I got to go to Geosports sew shop and mess around with some of their toys. Owner of Geosports, Akira, used to be one of the best paragliding pilots in the world, pioneering much of the early designs, and was the largest supplier of paragliders to Japan a decade ago. Akira took me around to see some sights in down town.

Other interesting things about Japan: They drive on the left side of the road. There is very little trash. They do not cross the road without a green signal at the cross walk. They wear black pants and white shirts if they have an "office job." They smoke in restaurants.  The Taxi cab drivers are honest and take credit cards. 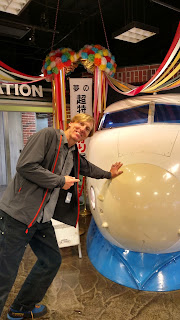 You can put your drink on the counter in a bullet train while moving and not see a ripple on the surface of your drink. Speed be with you in all your travels.  Hans
Posted by Hans Florine at 9:10 AM